Here's the plan of the day: 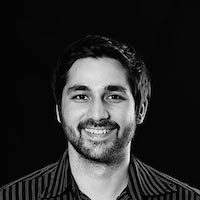 AngularJS 2 - A Glance Into the Future

During this talk, Gion will show you the core concepts of AngularJS 2 and why he believes it will play a major role in combining web standards of the future into a highly efficient framework for large web applications. There is a big controversy about the radical redesign AngularJS was going through in it's latest version. Together we will look at the reasons behind some core decisions made in the upcoming Framework and you have the opportunity to take a look at current developments. 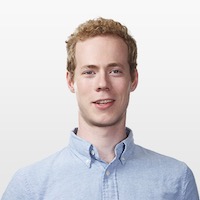 React - the Ideas Behind the Hype

React, Facebook's flagship front-end rendering library, is causing waves in web development circles, and generating quite a bit of hype. However, the arrival of yet another javascript framework has been met with skepticism by many. (Especially when they see JSX, React's approach to templating.)

This talk will discuss React from the perspective of a skeptic who became a convert, focusing on the ideas that make it new and different, notably the ways it enables you to change the structure of your apps, and to write code in a different way. Topics covered will include React's approach to rendering, its components and their life cycle, integration with other tools and frameworks, and the way apps which use React are commonly structured.

The goal is to highlight the ideas and patterns championed by React that make web apps less complex, which you can apply to any kind of project, at any scale. 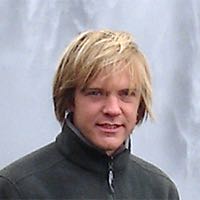 The Web Audio API gives us the power to manipulate an audio processing graph using JavaScript. The audio itself runs in a separate thread, which presents some unique challenges. Stephen discusses how to create UIs that control and reflect the state of the audio graph, and attempts to show that the browser is becoming a creative environment for live performance. 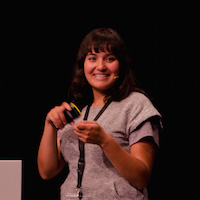 Pokémon for the GameBoy was one of Nintendos most successful Role Play Games in the late 90s. Even though gaming today is on a different level and can make use of so many new features and possibilities, the Pokémon-fan base is still big and growing. But why not combining new technology with this game classic and play it on the next level?

As Stefanie still loves the Pokémon world, she wants to talk about how she developed a prototype for a location-based Pokémon Game for Mobile devices with NodeJs.

Typescript is a typed superset of Javascript that compiles to Javascript. It has been developed by Microsoft to enhance the developer productivity in large client-side applications.

My company has recently made the switch to Typescript. I will introduce you to the world of static typing and share first-hand experiences of the massive benefits you are getting with Typescript. 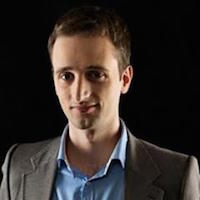 The dawn of JS for Big Data

Today, Big Data Analysis is mostly done in R/Python/Java. In this talk we will explore what roles can Javascript play in this ecosystem and how you can start to use data science in javascript today.

The talk will cover the current available tools and library available to javascript developer today and will try to give a glimpse at what the future will look when we will work with JavaScript at the Exabyte scale. 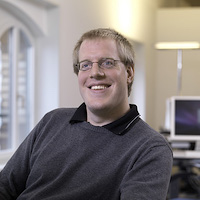 Internationalisation (I18n) is so complicated to get right that people are even afraid of spelling it out. It's also deceptive in that you think you got it just right before you're met with a rude awakening as you learn that everything you thought you knew isn't even enough to know that you don't know anything.

We're in Switzerland where we're lucky enough to deal with four languages and at least three distinct locales, so if we're developing software, we know how to get this right… Right?

In his talk, Philip is going to tell you that even though you knew a lot about internationalisation, it's not enough and you can still do better. We'll also be looking at how the big companies also get it wrong and we'll see how some of it is probably impossible to get right.

If you want to support this year's event find more information in the Sponsoring section.